Take our poll and find out what our writers think about dead languages.

We recently asked our writers this question: what's your favorite "dead" language? Some of the responses were not at all what we were expecting. For starters, perhaps we should have specified that we were asking about programming languages.

"Middle English. Pre-Chaucer, really (which feels a little modern). Something like Malory's 'Le Morte D'Arthur' is about right." —Mike Bursell

Once we got on the right topic, the most common responses were Pascal, C, Assembly, and Perl. However, it's still a little fuzzy as to if those languages are truly dead.

"Pascal (with Object Oriented extensions, so Turbo Pascal). It is a complete and clear language, and this is the language that I used throughout my initial programming education, up to the first year of university. " —Luigi Toscano

"Is C dead? I have to wonder given the recent trend of conflating C and C++ together, e.g. C/C++.  A dead and doesn't know it yet language is SPARCV9 assembly. I really enjoyed writing and reading SPARC assembly. Prior to SPARC I'd been exposed to Motorola 680x0 and 6502, the Intel 8086 and IBM POWER. One of the cool/funny things POWER had going for it was the EIEIO mnemonic (Enforce In-order Execution of I/O) which lent itself to some 'poetic' programs. Certainly dead because it was never alive are extensions to the PDP-11 assembly instruction set that made the usenet rounds in the early 90s. It had gems like: FLI (flash lights impressively), HCF (halt and catch fire), PPA (print paper airplanes) and SML (shift memory left)." —Erik O'Shaughnessy

"Some people consider C to be a dead language these days, with the popularity of other programming languages like Python. But I still like C for the flexibility it offers. If I'm writing a program, I usually write it in C." —Jim Hall

"Perl, though I don't know if that qualifies as 'dead.' It certainly isn't as popular as it used to be." —Jay LaCroix

"NOMAD, my first database language working with databases, I learned it on an IBM 4381 mainframe." —Sarah Thornton

"TCL. Used to love using expect to automate interactive terminal tasks in multiple hosts. Nowadays there's an Ansible module for everything (including one for expect!)" —Eric Burgueño

"COBOL. My university class was one of the last to have this included in the curriculum. I quickly understood why it was so pervasive and useful." —Andrew Ludwar

"Tough one. I'd say LISP, although I almost never used it since I left the project where I learned and used it for two years, 1995-1996. I also like awk quite a lot. It's not dead, by all means, many people use it. But since it's somewhere between a strong 'tool' (grep, sed) and a 'real' language (e.g. Perl/Python/Ruby), many people tend to ignore it these days." —Yedidyah Bar David

"x86 assembler. It's 'favorite' in a sort of it feels good when you stop sort of way. On the one hand, assembler gives you direct visibility into what's happening at a certain level of the CPU. Values go into registers and certain instructions execute. On the other hand, 16-bit x86 assembly in particular had a particularly confusing way of segmenting memory, not to mention that "little-endian" x86 memory operations require an extra level of mental gymnastics when reading memory at a low level." —Gordon Haff

Do you believe in dead languages? Can a language truly be dead if it still compiles and executes? Maybe there are no dead languages — only dead compilers.

Or are you new to the industry? Do you dare place a bet on what your first language fatality will be?

"I haven't been around long enough to have a favorite 'dead' language yet." —Andrew Euredjian

Whatever the case may be, there is no correct answer (or at least not one we can all agree on).

Take our poll to let us know your favorite "dead" language. If none of our options suit your answer, tell us why in the comments.

What are the implications of a language falling out of use every two weeks?

A short primer on assemblers, compilers, and interpreters

A gentle introduction to the historical evolution of programming practices. 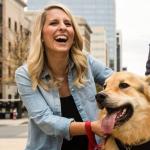